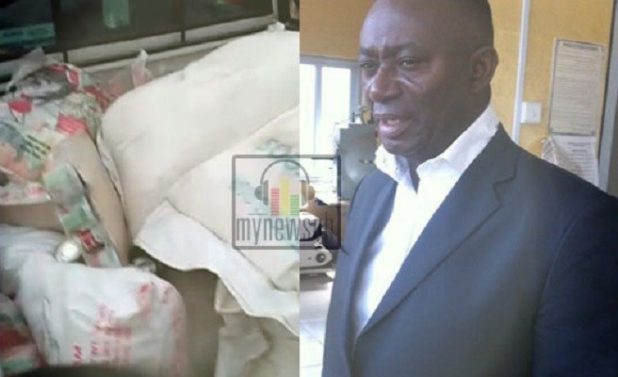 The indigenes of Agogo Zongo Community in the Asante Akim North Municipality of the Ashanti Region on Saturday June 1, 2019 rejected the gifts from the Member of Parliament (MP) for the area, Hon. Andy Appiah-Kubi over failed promises.

The MP has dispatched a pick up load of items to be given to the Muslims who are expected to climax this year’s Ramadan on Wednesday June 5, 2019 as announced by the Minister of Interior, Amprose P. Dery.
But the disgruntled members of the community, accused the MP of deceiving them and for that reason they cannot receive his gifts and asked the driver to return them while hooting at him as he drove away

“The MP promised to tar own main road within 6 months when voted into power but is been two years now and we have not seen anything from him. He also promised to give us 100 bags of cement, two trips of sand and GH¢10, 000 to help us rebuild the only community school here in Zongo, Mariam Bintu School which even forced us to pull the old structure of the school down since it was dilapidated with the hope the MP will honour his promise. Two years on, we haven’t heard anything from him in that regard hence we have decided not to take any rice from him since we are not chickens and he has taken us for granted for long”…one of the members of the community, Malik cataloged the number of failed promises.

He further stated that, “the worst of it is that, the MP and DCE promised to hire two Arabic teachers in addition to the only Arabic Teacher in the school so that they pay them monthly for more than two(2) years now, we’ve not heard from them and all means to reach them have proved futile. In these regard, we have decided not to take any rice from him since we are not chickens and he has taken us for granted for far too long”

All attempts to speak to Hon. Andy Appiah-Kubi about the bad blood between him and the Zongo residents proved futile as he failed to respond to his phone from MyNewsGh.com reporters.