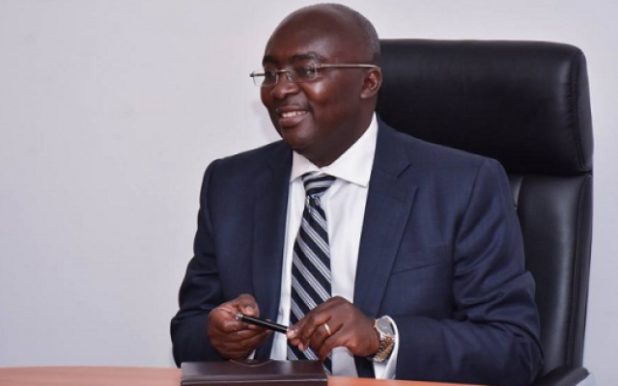 Vice President Dr Mahamudu Bawumia has said the Government is focused on establishing partnerships with Indian businesses to aid Ghana’s ambition of becoming the pharmaceutical hub in West Africa.
Vice President Bawumia said this when he spoke to the Times of Africa, one of India’s largest media outlets ahead of the 14th CII-EXIM Bank Conclave on India-Africa Project Partnership, in New Delhi, India.

Ghana, he said, would also leverage on the experiences of the country’s ICT in digitizing the economy.
Additionally, he said, the Ghanaian business delegation accompanying him would establish partnerships with their Indian counterparts, especially in the areas of healthcare and pharmaceuticals.
Expressing his expectations of the Conclave, Vice President Bawumia said he is optimistic that it would strengthen bilateral relations for their mutual good.
“We would like to set up similar kinds of medical institutions that are present in India. Our business people will be very well-positioned to have productive engagements in these areas as well as in agriculture, oil and gas,” the Vice President stated.
He said the President Akufo-Addo-led Government was looking forward to having partnerships with India businesses towards setting up of pharmaceutical and automotive industries, adding that the country was on industrialization drive with the ambition to add value to every commodity and minerals by establishing gold, bauxite, iron and steel refineries.
“We have an ambitious agenda to industrialize and add value to every resource and since India has a lot of experience in industrialization, we believe that the nation can help us fulfill our dream of industrializing Ghana,” Dr Bawumia emphasized.
He said since between 60 and 70 per cent of Ghanaians are engaged in agriculture, it is the Government’s expectation to leap the transformation agenda by ensuring farmers leveraged on technology for increased productivity.
In this way, he said, farmers could access information on prices of products in different markets and access information on the right application of fertilizers using their mobile phones.
Vice President Bawumia said with the implementation of the digital property address system, farmers could have access to any farm in the country to purchase inputs.
Ghana and India have had fruitful relations dating back to the 1960s, a foundation laid by Ghana’s first President, Osagyefo Dr Kwame Nkrumah and India’s first Prime Minister, Jawaharlal Nehru.
–
Source: GNA

UE/R: Over 400 residents protest over their missing names in voter’s register