Who did you pay the judgement debt to? – Ato Forson questions Finance Minister 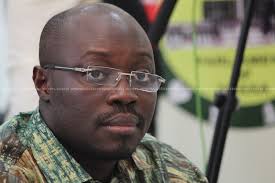 Former Deputy Minister for Finance and Member of Parliament for Ajumako-Enyan-Esiam Constituency, Cassiel Ato Forson has called on government to give a breakdown of individuals and companies they paid judgement debts to.

According to him, the Finance Minister’s revelation of government inheriting over GH¢400 million judgement debt is untrue hence the request.

The MP was speaking after the Finance Minister revealed to parliament that the Ministry of Finance had outstanding judgement debt of over GH¢480 million before the NPP came into power.

The Finance Minister was responding to a question from the Mr Ato Forson on how much government had paid in judgement debt from January to date.

However, Mr Ato-forson was quick to dispute the claims by the Finance Minister.

“The Finance Minister has the responsibility to give us breakdown to who the ministry of finance has paid, we are hearing that they have paid the like of McDan, bank switch and even the Special Prosecutor an amount of judgment.

As to whether they qualify to receive that amount is something we would have to investigate and that is why I requested form the minster to give us responsible for finance to give us the breakdown.”

Meanwhile the Finance Minister added that his ministry have been able to save tax payers an amount of GH¢90 million through negotiations, further noting that government pays over GH¢94 million to individuals and companies in judgement debt yearly.

This, according to him, is due to orders from the court for breaches of contracts and largely compensations for personal injury claims and acquisitions which cannot be ignored.