Former Ashanti Regional Secretary of the opposition National Democratic Congress (NDC), Joseph Yammin and the National Chairman of the party, Samuel Ofosu Ampofu are on a collision course over the existence of the vigilante group, the Hawks and its association with the party. 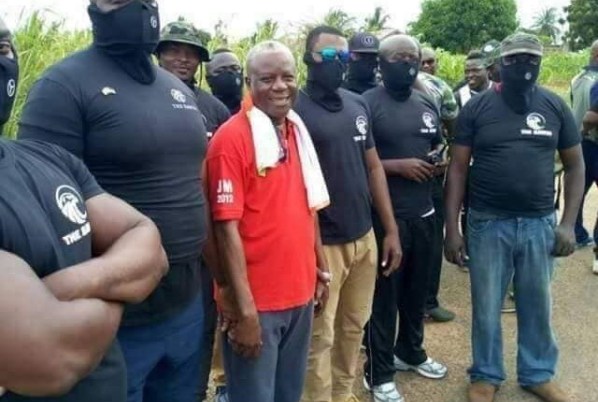 To buttress his point, he disclosed that even the leader of the group is a member of the security committee of the party and has been taking part in their meetings contrary to another school of thought they are not known to the umbrella family.
Speaking on Kumasi-based Pure Fm during a studio discussion, he enumerated a number of meetings they have been involved in with the current Regional Chairman wondering people will want to write them off as not members of the party.
“The Hawks is recognized taskforce in the NDC party.  They perform the roles like members of the party and providing security for the party”, he insisted

Though he admitted the group is not part of the structure of the party, he disclosed that members of the group are made up of spirited individuals within the party who have volunteered to perform a specific duty.
“The party does not need to establish this group. During elections, there are people who dedicate themselves as polling agents and trained. Others will dedicate themselves as leg men to canvass for votes for the party so is the vigilante group who are members who come together to provide security for the party”, he insists.
Meanwhile,  NDC National Chairman Samuel Ofosu Ampofo Samuel has categorically denounced the group and condemned Mr Yammin for the comments.
“As a party, we are not going to endorse militia groups. We are going to investigate this matter and we are going to rather strengthen our internal party security structure.
“The party will be working towards making sure that we discourage as much as possible, people from engaging in militia activities. That party hasn’t officially recognised any existing group and the party is taking steps to deal with those matters decisively,” he said.