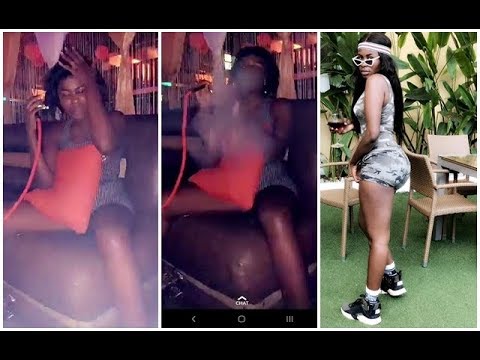 In a video making rounds on social media, the 17-year-old school dropout is captured on camera with her friends at a nightclub and you will be surprised how Yaa Jackson smoked the banned substance popularly called ‘Shisha’.

She is seen in the video clubbing, smoking and twerking with her friends as if her salvation depends on the banned substance called ‘Shisha’.

It’s obvious that she is under the influence of friends and the craze to become famous on the Ghanaian social media space judging from her social media activities.

Watch the video below.

Previous ﻿(pictures and video)Kumasi: Fire ravages twelve cars, five auto mechanic shops at Dichemso
Next (video)Obinim exposes himself; claims everything he does is planned