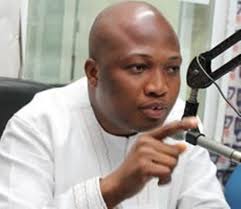 Speaking in Parliament on Tuesday, December 3, Mr. Ablakwa said Ghana has attracted considerable interest and high-level visits from Africans in the diaspora since the President made the declaration.

”Mr. Speaker, it is most appropriate to commend our President, Nana Addo Dankwa Akufo-Addo for declaring in September, 2018 that this year – 2019, shall be observed as the: “Year of Return, Ghana 2019.” It is trite knowledge that 2019 marks 400 years since the first enslaved Africans arrived on the shores of Jamestown, Virginia in the United States of America” the North Tongue MP told the House.

”Since this proclamation, it is fair to note that Ghana has attracted considerable interest and high-level visits from Africans in the diaspora, perhaps taken such Pan-African pilgrimages to the next level since President Jerry John Rawlings institutionalized the PANAFEST celebrations in 1992,” Okudzeto Ablakwa extolled.

Mr. Ablakwa was also full of commendation for President Akufo-Addo for conferring Ghanaian citizenship on 126 Africans in the diaspora. He noted that the country has done very little to take advantage of the provisions of the constitution that permits diasporans to be given such honour.

”Mr. Speaker, kindly permit me to also highlight the conferment of citizenship on 126 Africans in the diaspora by the President last week. The House will recall that last year I made a statement urging the State to make greater use of this provision in our laws,”

”Since the days of the exceptional intellectual W.E.B. Du Bois and that great poet Maya Angelou were granted citizenship, it remains my humble view that we have not made impressive effort to leverage this opportunity even though I acknowledge that in 2016 President John Dramani Mahama granted citizenship to 30 Africans in the diaspora,” he said.

In September 2018 in Washington, D.C, President Akufo-Addo declared and formally launched the ‘Year of Return Ghana 2019’ for Africans in the diaspora, giving fresh impetus to the quest to unite Africans on the continent with their brothers and sisters in the diaspora.