Joyce Boakye, actress and movie producer has reportedly poisoned herself this afternoon in what looks like an attempted suicide while on her way to her mother’s village. 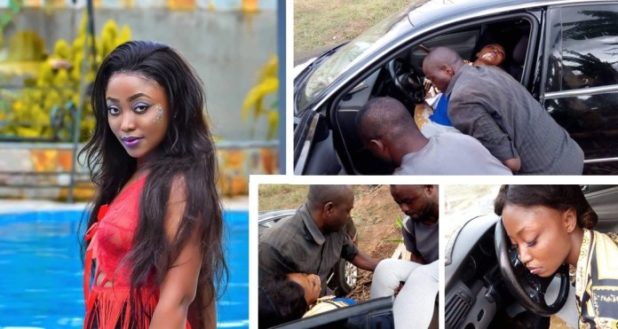 Click Here for FREE Entertainment News on WhatsApp
Earlier this week, reports about her l3aked ‘atupa’ video made news on social media, to which she declined saying that the video was that out of a movie they were shooting.

Informations gathered from sources close to the actress indicates that her current state is all due to the alleged video circulating social media of herself messing with an actor on set.

Joyce Boakye an actress and a movie producer popularly known as Yafo in the movie industry said they were on set shooting an upcoming movie titled #ATTAA KAKRA# which will be premiered soon.

She noted that some stars featured are; Christiana Awuni, Uncle Fii, Tracy Boakye, Ella etc and the Director of the movie is Charles Afreh. 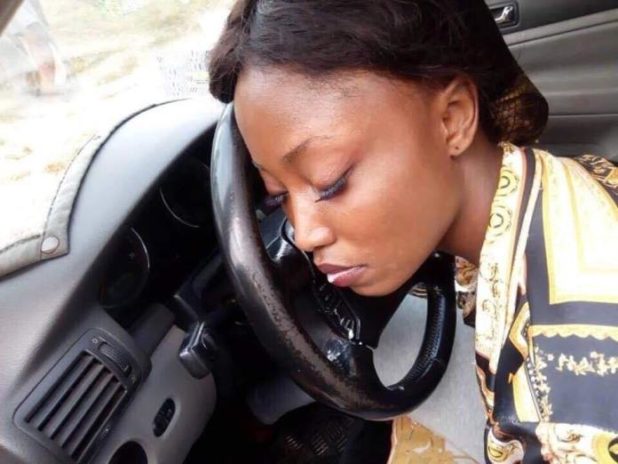 She said, in the movie, there were some bedroom scenes that had to do with sex. Tracey Boakye and Kobby were appointed to shoot the bedroom scenes.
According to her, Tracey didn’t like the idea of her shooting that scene because she did not want rumours to be spreading that she had sex with kobby and also because, during that scene, the producer insisted they use their phones to video and put it on social media just to hype the movie.

Joyce Boakye added that Tracey refused the idea and because Ghanaians loved such scenes, she (Joyce) being the producer who had spent a lot in shooting the movie accepted to play role with Kobby but, kobby also suggested that he wanted his wife to observe that action in order to avert any marital problems and possible accusations of being an infidel.
She noted that Kobby wife accepted for him to play that part. During the shooting they mastered some creativity which would make the action look as though, they were truly booking each other.
According to her, even though they wondered how the video got leaked without their permission, bloggers are blowing it out of proportion as if it was real with all sorts of fake stories just to tarnish their image.

“It’s just a movie and we are setting the record straight that the video isn’t real but a movie scene which would be premiered soon for all to know the truth side of the video, ” Joyce Boakye mentioned”

By:brightwebtv.com/nana asare barimah Ghanaians together with the family are still mourning the sudden demise of …