Creative Arts: We want to build a theatre in every region – Bawumia assures 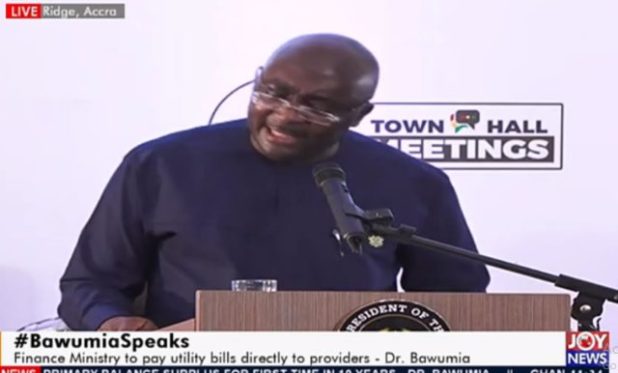 Vice President Dr Mahamudu Bawumia has accentuated the New Patriotic Party (NPP)’s campaign promise to build large seating event theatres in all regions of the country.
As Chairman of the Economic Management Committee (EMT), the Vice President speaking at a Town Hall Meeting at the College of Surgeons and Physicians in Accra revealed that government is on course to fulfil this promise.

He said in 2018, “We’ve provided support to the creative arts council and capacity building. We’ve also built the eastern regional theatre work has been completed and work is ongoing on the theatre in Kumasi. We want to do a theatre in every region.”
Dr Bawumia’s comments are coming after President Nana Akufo-Addo reiterated in his 2019 State of the Nation Address stated that plans are far advanced for the construction of a theatre for the Ashanti regional capital, Kumasi.

The President also mentioned that a theatre for the Eastern region was almost completed.
The New Patriotic Party (NPP) in its manifesto for the tourism and creative arts sector ahead of the 2016 elections, promised to build theatres in the remaining nine regions of the country.
The manifesto said, “Pursue the construction of modern large seating theatres in every regional capital except Accra, beginning with Takoradi, Tamale and Kumasi, as well as setting up an additional copyright office in Tamale to cater for the northern sector in addition to the existing ones in Accra and Kumasi.”

Previous “He was too happy so I killed him” – Suspect tells court
Next Court orders arrest of popular Nollywood actress, Monalisa Chinda