Don’t discuss me on your shows – Wiyaala warns showbiz bloggers 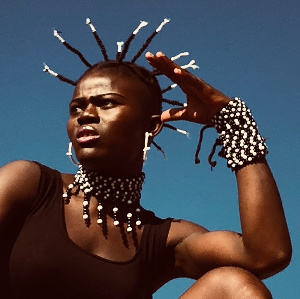 Ghanaian Afro-pop singer-songwriter, Noella Wiyaala has cautioned Ghanaian bloggers to take her name out of their mouths on their entertainment shows if they claim she is not good enough as an artiste and has not made an impact in the Ghanaian music scene.

She made the statement while ranting about some ‘displeasing’ happenings in the entertainment industry on social media on July 25, 2020.

“This message is going to industry players, especially those who do the blogging, criticizing and whatever. Please KMJ and JnJ, Asamoah Baidoo and all your whatever, whatever. Whatever, whatever doesn’t mean I’m being rude. But to everybody, if I don’t really count in this industry, or if I don’t count and I have never been counted as part of this industry, then don’t discuss me when you’re talking about the showbiz or show business in Ghana,” she said.

According to Wiyaala, the “Lioness of Africa”, bloggers think she is irrelevant because she does not promote nudity or thrive on controversy for them to talk about on their shows.

She concluded that she is too clever to do ‘foolish songs’ in order to stay relevant or be considered for an award, as it will not serve her best interest in the long run.

“So some of us might not be the most intelligent but we do have brains to understand that when you do foolish songs just because you want to get attention, or to win certain awards you are actually fooling yourselves.”

Wiyaala‘s outburst was a direct response to a discussion on GhanaWeb TV’s entertainment review show Bloggers’ Forum hosted by Abrantepa.

A part of the discussion focused on whether or not music producer JMJ’s assertion that the female music scene is virtually dead after the exit of Kaakie, Ebony and a few others, was true.

Panelists on the show were Arnold Asamoah-Baidoo and Nenebi Tony.

Watch video of Wiyaala‘s reaction below: