The man described by many as the Grandpapa of Hiplife music in Ghana, Reggie Rockstone has shared fond memories of  the late ‘90s bad gyal’ Priscilla Opoku Agyemang  populary called Ebony Reigns in a style describing her a phenomenal. 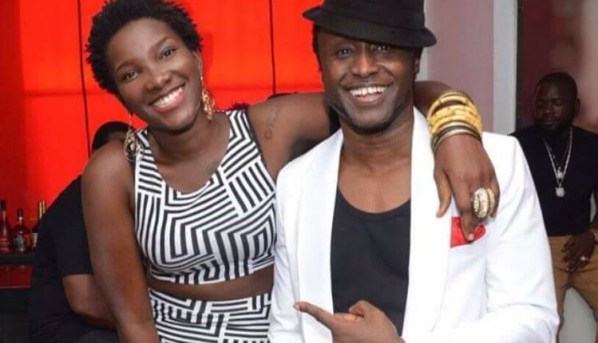 Speaking on Hammer Time on Pure Morning Drive (Pure 95.7MHz in Kumasi) with Hammer, the grandpapa noted that he was the first person to hand a microphone to Ebony Reigns as the ‘90’s bad gyal’ described him as her role model.

“Even my wife saw Ebony as a family. Everyone that knows me or her can verify that almost on any day Ebony was free, she was at my place (Rockstone’s office). We were very close.I have grown and seen many deaths including that of my dad’s but Ebony’s death humbled me. I couldn’t believe it and it’s one of my painful experience in life.” He recounted
Reggie Rockstone further noted that, Ebony always came to him for advice anytime she felt down in the music industry and he will forever remember her for her humble character.

He observed that the devil always comes after musicians looking at the power music wields and for this reason Musicians always need to be spiritual in line of duty.
“Hammer you know I wasn’t raised spiritual so I’m not saying this from a spiritual point of view but from my years of experience in life and the music industry. Fame can make you play around but you need to wise up at a point and be spiritually minded. This is a fact, believe me or not.” He said.

Death laid its icy hands on the 19-year-old Ghanaian dancehall artist Ebony Reigns on February 8, 2018 exactly a year ago.
She was involved in a car accident at Sunyani after a visit to her mother who had returned from abroad.
Ebony and two others were confirmed dead at the Bechem Government Hospital upon arrival.

Previous Don’t marry a nurse, teacher or worship leader if you are not strong in b.e.d – Counselor Lutterodt
Next Paying 13 children’s school fees not easy; I won’t add any more -Kennedy Agypong cries