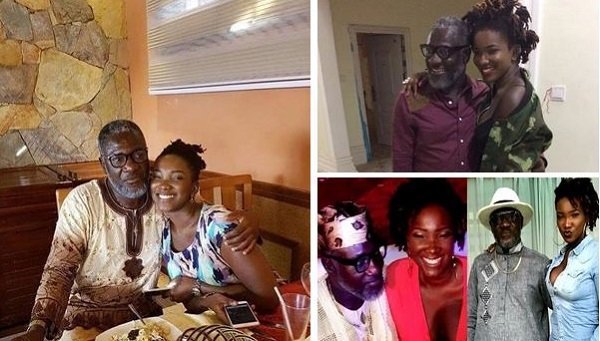 Father of the late Ebony Reigns, Mr. Opoku Kwarteng aka Starboy Kwarteng has in a reaction to the unfortunate incident that occurred at the 2019 Vodafone Ghana Music Awards on Saturday, May 18, 2019, stated that Charterhouse is to blame because they did not do the needful.

According to him, shouldn’t put the blame on Stonebwoy and Shatta Wale for the confusion that nearly caused stampede and death of thousands of Ghanaians in the auditorium.

The Kwarbony Records boss in a series of messages on his WhatsApp status available to zionfelix.net revealed that Ebony Reigns’ spirit caused the confusion during the 20th anniversary of the Ghana Music Awards.

He explained that Ebony’s spirit is angry with Charterhouse for not inviting him [Starboy Kwarteng] who currently hold the ‘Artist of the Year’ 2018 award on behalf of his late daughter to grace the 20th edition of the awards ceremony hence unleashing her anger which resulted in the confusion between Stonebwoy and Shatta Wale.

Starboy Kwarteng warned Charterhouse not to joke with her late daughter because her spirit is still powerful and if not acknowledged properly, none of their events will end successfully. He bragged that whether they like it or not, Ebony Reigns is still reigning as the ‘Artist of the Year’.