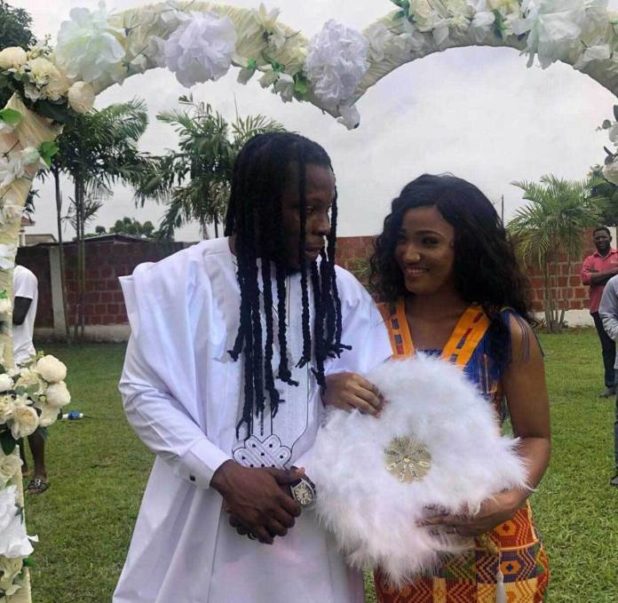 The Volta Regime Music Group (VRMG), CEO, Edem shared the photos a few minutes ago without giving many details.

His post has got his fans on social media worried with many of Ghanaian celebrities questioning when he remarried. Others like Juliet Ibrahim were seen congratulating the veteran Ghanaian rapper.

It could also be a scene from a music video yet to be released and this is just a way of promoting it like its seen nowadays in the media.

In any case, trust Ghpage.com to follow this issue to its logical conclusion. We have reached out to Edem’s management team and we will give you feedback soon.

Previous Audio: How a ‘gossip’ caused the death of Kade taxi driver
Next DJ, 5 others arrested for hosting ‘wee’ party