Former Minister for Tourism, Culture and Creative Arts Madam Catherine Afeku is advising her successor to ensure that government invests in the sector because it is like a hidden treasure that requires a lot  of investments to be exploited. 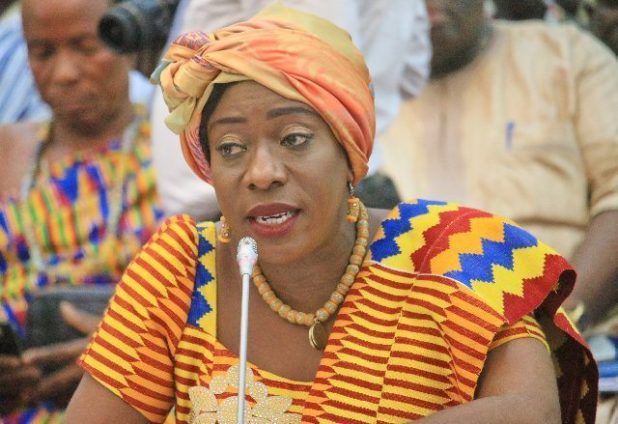 According to her, the sector could be the number one job creation avenue and  if government consider it as a priority by investing hugely unlike successive governments that have paid lip service to the sector, it would blossom and help in revenue generation.
Speaking on Nhyira FM in an interview monitored byMyNewsGh.com, the former minister categorically stated “We need to put more budgets and prioritize the Tourism, Art and Culture. That is one particular thing I would have loved to change at the ministry. This is because it is a hidden treasure. That is the only advocacy I pray will succeed”, she observed.
On the part of political parties, Mrs Afeku said, “any political party should see art and culture as a priority economic activity. Most of the countries I travelled to as Tourism Minister, it is always the number one job creator”.

The new advocate also insisted that, the country must invest in the people who get themselves involved in the industry to keep their talents growing.

“We needed to put in some educational and development project for creative Arts. The truth of the matter is that, most people once they get one hit they go off the scene. How do you keep yourself up in the game? She quizzed.
“These are some of the things I will sit back assist and support the industry” she added

Madam Afeku was relieved of her responsibilities at the Ministry last week by the President Nana Addo Dankwa Akufo Addo during his second reshuffle since 2017.

She has now been moved to the Office of the President as a Minister of State where she will be working under Senior Minister, Mr Yaw Osafo Marfo and would be replaced by Madam Barbara Oteng Gyasi, Member of Parliament (MP) for Prestea Huni-Valley Constituency.

Wendy Shay’s uncle sues Despite Media, one other for defamation