Renowned Ghanaian actor and Member of the National Democratic Congress (NDC), John Dumelo has told his friend Yvonne Nelson that she shouldn’t have risked her life for the New Patriotic Party (NPP), MyNewsGh.com has filed. 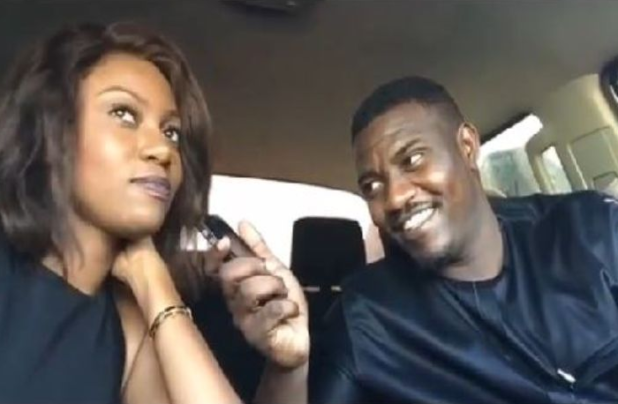 Yvonne Nelson is known to have organized the “Dumsor Must Stop” vigil that saw Ghanaians protesting against the then John Mahama government for the incessant blackouts in the country.

This move by Yvonne Nelson made the Mahama led administration unpopular to Ghanaians and that could be blamed for their defeat in 2016.

However, after the New Patriotic Party came to power, Yvonne Nelson has mentioned that they have neglected her and do not care about her anymore.

She made this known when she made an appearance on Yvonne Okoro’s Dinning with cooks and braggarts.

John Dumelo who could not hide his joy at what Yvonne Nelson said on the show told her “Had I known is always at last”.