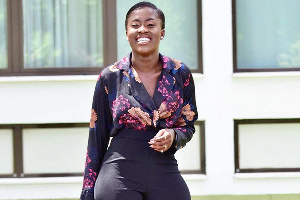 It may be going quite far if it really is a stunt as many have suggested, although admittedly, it is beginning to look like a movie line where two ‘love birds’ break up, there are apologies and rejections, and an eventual come back.

What we are not sure about however in this case, is if there really is going to be a comeback, that is if it indeed was an actual break up in the first place.

But so far, we have seen Medikal visit Fella’s shop to apologise with his ‘boys’, a visit which apparently ‘ended in tears’. Fella will give him no ears.

Shatta Wale came in, ‘begged’ Fela not to break up with her ‘super star’.

Subsequently, in a tweet, he indicated his frustrations, ‘Mabre’ Medikal wrote, shortly after the rejected apology.

Its been a number of days, but you can maybe call it a case of ‘absence makes the heart grow fonder’; Fella has taken to twitter to ‘tell the world’ how much she misses Medikal.

“I don’t know but I think I’m missing him,’ she wrote