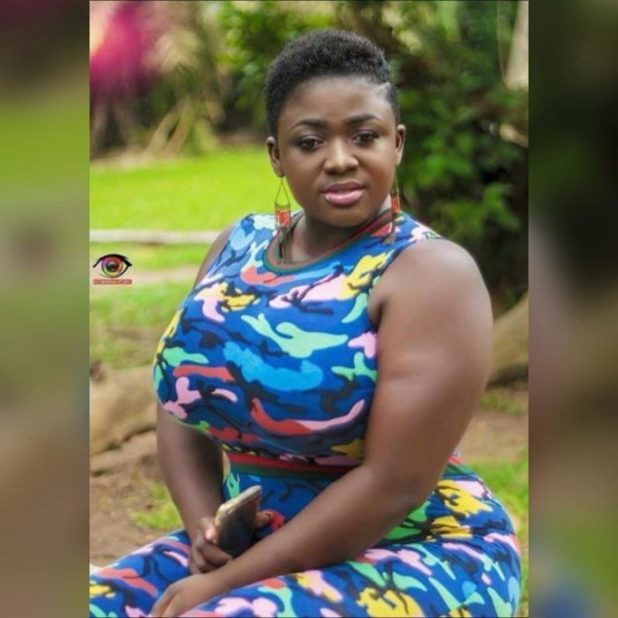 Kumawood’s actress and sweet chocolate, Tracey Bokaye who in an interview revealed that she’s not a fan of church, although she believes in God and the power of prayers have disclosed that very soon she will leave the screens to join other famous celebrities who have turned to Christ to preach the Bible in order to win souls for Christ.
It could be recalled that the movie producer in an interview with Zionfelix on his Uncut show, disclosed that she attends church just once in a year and that, she loves to be in her room to pray than to go to church every Sunday as normal Christians do.
It seems she has overturned the statement urging her fans not to get surprised when she stops acting to preach the word of God.

Gloria Akunney who was also part of the celebrities who supported National Democratic Congress (NDC) during the 2016 elections and a good friend of the actress is now a preacher of the Gospel and has prophesied that Tracey will also follow in her footsteps very soon.
Reacting to such statement, she answered in the affirmative saying she’s ever ready to do God’s work when asked if she believes in Gloria’s prophecy.

Tracey said God has blessed her beyond her imagination and she wouldn’t hesitate to do his work if she receives the calling.
According to Tracey, she’s very much aware of the insults that will follow when she starts preaching and has therefore made up her mind to deal with such situation in good faith when that time comes.
Read also: I Am Not A Fan Of “Bottos” But I’m Going To Have Fun With This One – John Dumelo To His Wife(Screenshots)
“Very soon I will be preaching the Bible, very soon people will see Evangelist Tracey Boakye. I will gladly accept the calling to do God’s work because he has blessed me so much, if not for him, I wouldn’t have reached this feat. I’m a staunch Christian who is very powerful.”
She told Ghanaians not to be surprised but to accept her when she starts preaching adding that serving God lies within a person’s heart, and she doesn’t indulge in an unholy lifestyle.
“Don’t judge me by my appearance, I’m a good person who doesn’t indulge in unholy lifestyle. God wouldn’t have blessed me if I’m a bad person”, she said.

Previous Abronye threatens to sue NDC Youth Organizer
Next “Dont come to me when your child is arrested”–MCE cautioned.

Highlife singer Kofi B dies after performing at concert

Musician Kofi B is dead