Breaking News
Home / SHOWBIZ / If Alcohol and Cigarettes are Legal, There’s No Reason for Marijuana to be Illegal — John Dumelo

If Alcohol and Cigarettes are Legal, There’s No Reason for Marijuana to be Illegal — John Dumelo

The growing campaign to legalize marijuana in Ghana seems to have gained an important new backer in the person of actor and aspiring politician, John Dumelo. 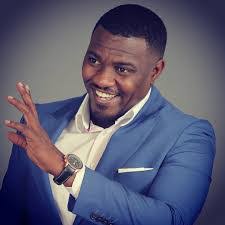 Dumelo has revealed that he believes marijuana is just like other drugs such as alcohol and cigarettes therefore if those remain legal then there’s no reason for marijuana to be illegal as well.

The actor made this known during his appearance on ‘Dining with Cooks and Braggarts’, Yvonne Okoro’s cooking show on which he appeared alongside his ‘bestie’, Yvonne Nelson.
John opined that marijuana should be legalized for the state to regulate and tax it. He cited examples from other countries such as the Netherlands and U.S states such as Colorado and California to debunk claims that legalizing weed would lead to a growing crime rate.

Host Yvonne Okoro countered that those countries have strong institutions in place which is what allows them to be able to legalize it and make it work. In response, John said Ghana also needs to establish such strong institutions and that both the establishment of the institutions and legalization can go hand in hand.
The actor is hardly the first person to call for legalizing weed in Ghana, prominent personalities such as Kwesi Pratt, Blakk Rasta and the late Kofi Annan all believe in legalization of ‘pot’.
On that same cooking show, Dumelo revealed the truth about his marriage and whether the pregnancy of his wife was planned or not.