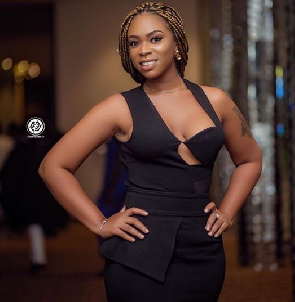 This week, the headlines have bee dominated with news of Shatta Wale and his baby mama, Shatta Michy MyNewsGh.com reports

The relationship between the two seem to have hit the rocks as Michy was reported to have fled with her Son Majesty and Shatta Wale’s Range Rover.

This is however, not the first time these two have displayed their childishness on social media.

Last year, MyNewsGh.com reported of how they broke up and engaged in insults on social media but their families resolved their differences and got them back.

However, this year’s confusion between the two is beyond repairs and will take special grace since Michy claims its over because she cannot continue to suffer abuse from the abusive Shatta Wale.

Michy shared a video of herself on social media for the first time after she was reported to have left home with her son and a Range Rover.

She captioned that video ” Silence is golden unless you have kids then silence is suspicious especially @majesty_wale_ his silence means trouble”.

Previous I rejected £356,000 record deal when I had just £20 in my account – Mr. Eazi
Next NAM1 not coming to Ghana until Dubai trial ends – Police