An entertainment critic and movie producer, Amandzeba Fiifi Smith has described the appointment of Bill Asamoah as Tourism Ambassador as a big disappointment to players in the Creative Arts Industry. 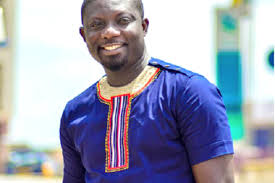 According to him, Bill Asamoah who is also President of the Actors Guild Ashanti Region Chapter, is a die hard supporter of the National Democratic Congress (NDC) who schemed to run down the Nana Addo led campaign in 2016.

Amandzeba insisted on his earlier claims “I am telling you emphatically that   that time they were walking at the corridors of what is called Mahama’s bedroom”.

In 2017, The Tourism Ministry appointed 30 celebrities as Tourism Ambassadors.

Previous ALL Churches in Kete-Krachi unite in special joint service for God to force govt to select them as OTI Regional Capital
Next Nigeria stampede: Deaths reported at Buhari rally in Port Harcourt