Breaking News
Home / SHOWBIZ / Rosemond Brown Is A Liar; I Never Had S3x With Her – Actor Fred Amugi

Rosemond Brown Is A Liar; I Never Had S3x With Her – Actor Fred Amugi

Veteran Ghanaian actor, Fred Amugi in an interview with Bola Ray on Starr FM’s “StarrChat” has rubbished Rosemond Brown’s claims that he had a sexual affair with her. 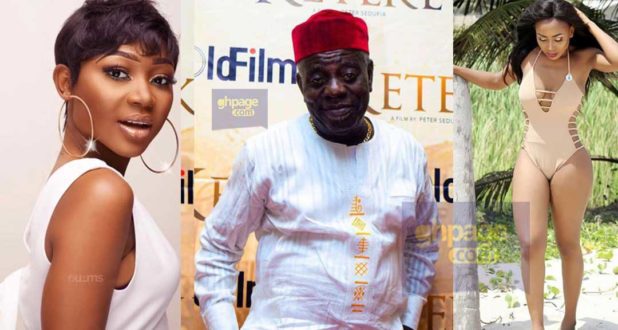 Fred Amugi explained that his manager manages Rosemond Brown aka Akuapem Poloo and that’s how he got to know her but nothing like sex happened between them.

On why he kept quiet on the issue, he stated that a grown-up person should not pay attention to everything said about him or her.

The actor suggested that Akuapem Poloo may have done that in the name of tapping into his fame as she has been doing on social media.

So now who should we believe? Akuapem Poloo in an interview on Okay FM with Abeiku Santana in December 2018 disclosed that among all the men she has dated, Uncle Fred Amugi was the only man who banged her very well during sexual intercourse.
Source: GhanaCelebrities.com