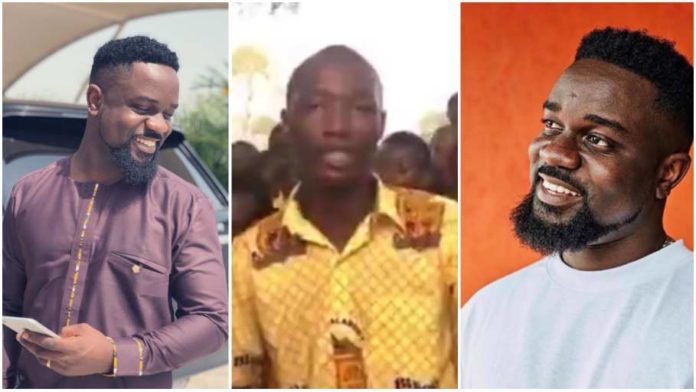 The young boy who’s name is yet to be known can rap, undoubtedly. He may be the next Sarkodie. You be the judge.

As much as his rapping skills in the freestyle video got him to trend, the message he sent was quite funny .

A proud Sarkodie himself shared this video on his Instagram page with a caption suggesting that he is really proud of the boy, and also happy that such a young child could master his rapping skills .

I know old me would definitely say this lool!!! God bless the young champ

His fans and other social media users have expressed love for the young boy.

Watch the video below :

Previous The current state of Birim River as a result of illegal mining
Next Free rail passenger services for Takoradi, Tarkwa commuters

‘Beyond the Return’: Govt to make Ghana a place of pilgrimage [Video]