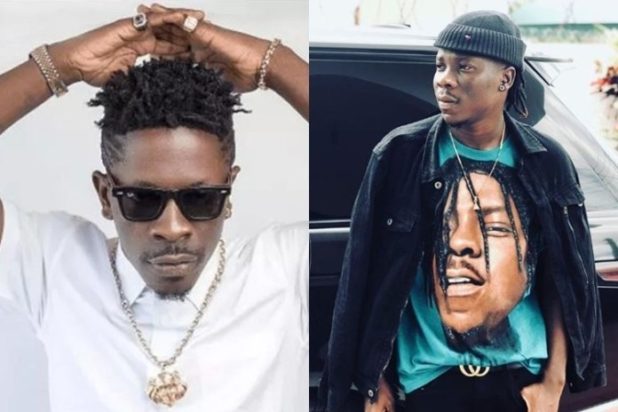 Feuding dancehall musicians Stonebwoy and Shatta Wale whose near-bloody scuffle marred the 20th anniversary of the Ghana Vodafone Music Awards held in Accra last Saturday have been stripped of all awards they won at the night.

Stonebwoy and Shatta have consequently been ordered to immediately return to the organisers of the awards, Charterhouse Ghana Limited, the plagues they received for the two awards each of them won on the night.

This was a decision taken by the board of the awards scheme on Wednesday at a news conference to announce sanctions against the two artistes whose scuffle marred the beauty of the show.

Also, the two artistes have been banned indefinitely from participating in all aspects of the country’s foremost music award scheme.

They are thus not eligible for VGMAs nominations, selections and performances going forward.

According to the VGMA board, the decision was taken after “careful deliberations” and “extensive consultation” with stakeholders in the music industry. 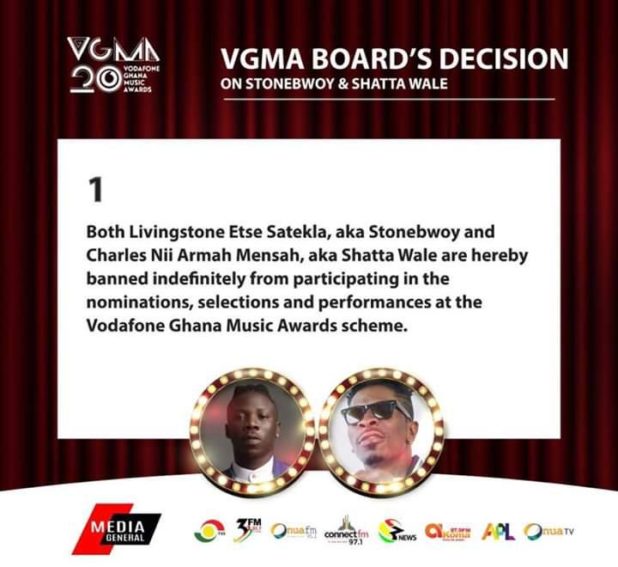 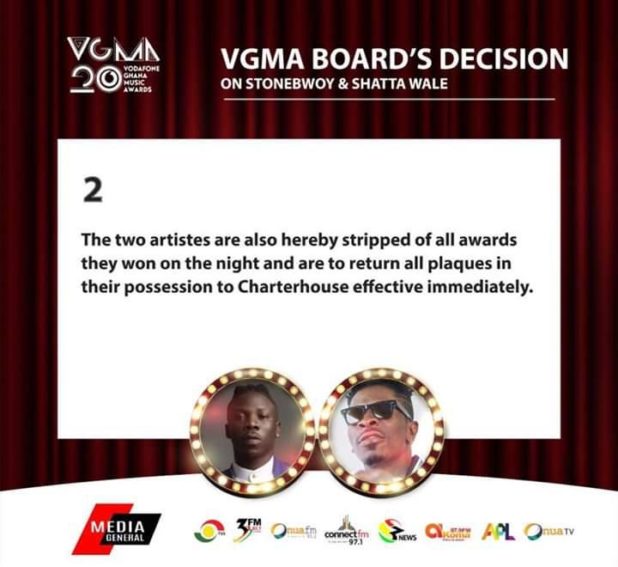 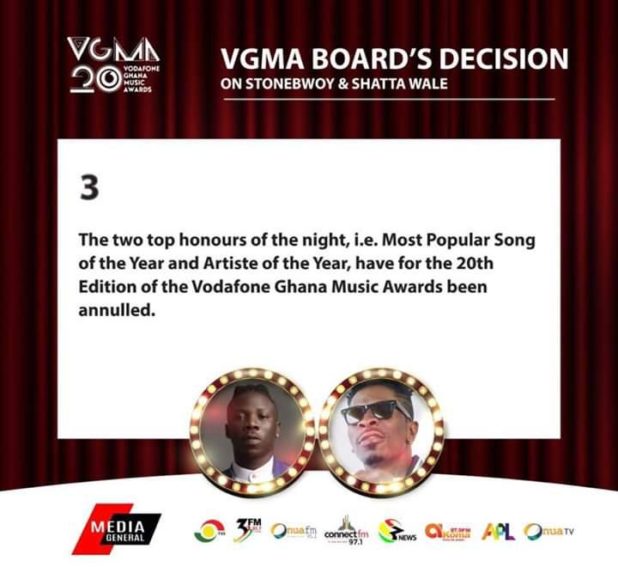