Top 50 Greatest Rappers Of All Time: Tupac And Eminem Are Nowhere Near First 10 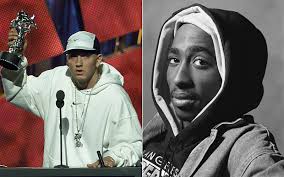 WHO’S THE BEST MC’S, JAY-Z, NAS AND JOE BUDDEN? THAT’S WHAT ONE HEAD-SCRATCHING LIST TITLED THE “TOP 50 GREATEST RAPPERS OF ALL TIME” IS STATING. AS YOU CAN IMAGINE, HIP-HOP TWITTER EMPHATICALLY DISAGREES.

While lyrically Joe Budden is no slouch and can rap with the best of them, his placing on this list is raising eyebrows up and down the internet. On this suspect list, Budden is listed above Hip-Hop heavyweights such as Biggie, Ice Cube, 2Pac, Andre 3000, Big Boi just to name a few.

Whoever made this to 50 Rap artists of all time list and put Joe Budden as number 3 deserves to get smacked!! 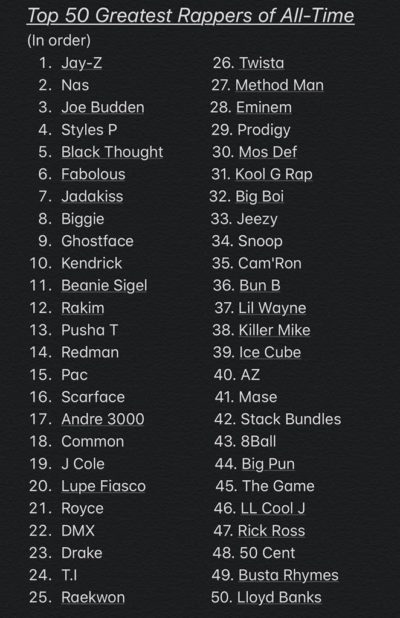 Budden who should vehemently disagree with his placing on this list, jokingly Tweeted out “I ain’t make that list but I ain’t arguing against it lol.”
Regardless, out of the 50 names that made it on the list, his placing on it is the subject of serious debate as Hip-Hop enthusiasts are seriously beside themselves at the moment. While these things are all a matter of personal opinion, the top three on most 99.9% of peoples lists don’t have Joe Budden in it, so we understand the why there is such an outrage.

Don’t discuss me on your shows – Wiyaala warns showbiz bloggers

By:brightwebtv.com nana Asare barimah Sarkodie and Shatta Wale Sarkodie is a year older today and he …