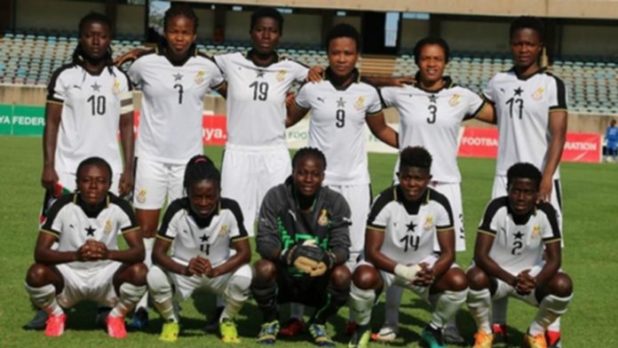 The Senior National Women’s team, Black Queens, have been sidelined by African footballing body, Confederation of African Football (CAF) at this years All African Games.

The organisers of the competition on Wednesday released the schedule for the tournament and it featured Morocco, Nigeria, South Africa, Cameroun, Mali, Algeria, Equatorial Guinea and Zambia.

Ghana, which hosted the 2018 Women Africa Cup of Nations tournament, won’t be part of this year’s All African Games as their place has been taken by the host country, Morocco.

This will be a big disappointment to the Ghanaians as they had hoped to be in Morocco for the tournament to defend the title.

According to the Technical Director of the Ghana Football Association, Francis Oti Akenten, he has also heard the disappointing news from a reliable source.

“It beats the imagination of all of us, we have even sent a letter to the Ministry with the budget; we have dialogued with the Chief Director and the coach Mercy Tagoe has also submitted his list already. The girls were about to go to Cape Coast for camping when we heard the news,” he told Asempa Sports.

The Black Queens, which won the AG Title in Congo Brazzaville in 2015, were hoping to successfully defend the title at this year’s games in Morocco in August, but new qualifying rules by CAF allowed only teams that played in the qualifying series and actually made it to the 2018 Women African Cup of Nations, apart from the host, to play in the competition.