The most decorated football club in Africa is the latest to join the race for the Burkina Faso international, Kickgh.com can exclusively report. 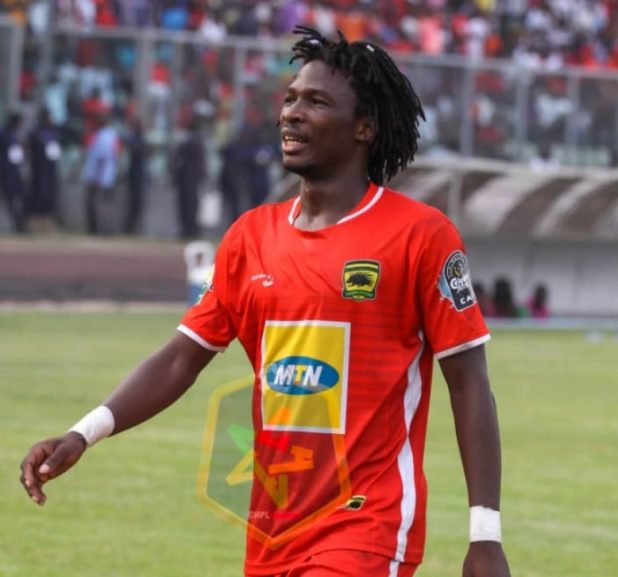 Egypt Premier League giants Al Ahly have expressed interest in signing prolific striker Songne Yacouba from Asante Kotoko.
The 27-year-old has emerged on the radar of Red Devils following his splendid performance at the Kumasi-based club since last year.
Kickgh.com can reveal that the Cario International Stadium outfit are ready to pay $1.5 million to sign the former Stade Malien forward.
“Al Ahly is the latest club which have also shown interest in signing Yacouba after Zesco United and Nkana FC,” a close source told Kickgh.com
“They’re willing to pay $1.5 million to Kotoko as a transfer fee to sign him”
According to the source, the 27-year-old will be paid around $1000 to $5000 every month if he agrees to join them.
His current contract with Asante Kotoko will expire in summer 2021.
In his debut season in the Ghana Premier League, he scored four goals in 5 matches for the Porcupine Warriors.
Yacouba has scored one goal with two assists in his eight appearances for Asante Kotoko in their CAF Confederation Cup campaign.

Previous GC Exclusive — Nana Ama McBrown Has Delivered in Canada
Next BREAKING: For the first time since May 2015, Real Madrid is out of the Champions;