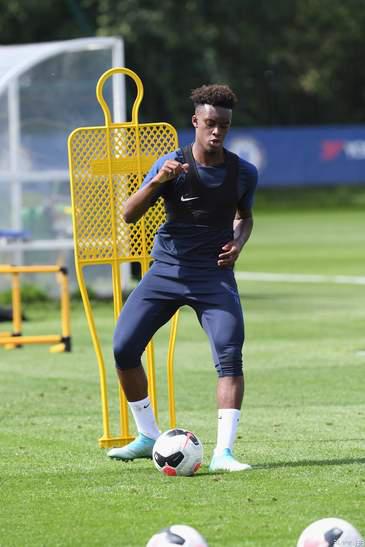 Chelsea have been handed a major boost with Callum Hudson-Odoi returning to first-team training.

The Blues forward has been out of action since April after he picked up an injury to his Achilles tendon against Burnley.

Still only 18, the frontman looks set for a return ahead of schedule with his recovery expected to take six months.

On Wednesday afternoon, Chelsea shared images of the winger on social media, challenging his team-mates and passing the ball during a training session.

The club posted three images on Twitter with the caption “CALLUM!!!” WITH Hudson-Odoi replying “Let’s go”, much to the delight of Chelsea’s fans.