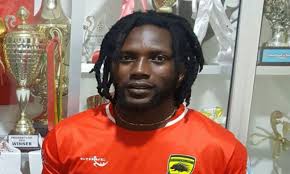 The 26-year-old has threatened to take legal action against the Ghana Premier League side over unpaid sign-on fee.

The Porcupine Warriors terminated the contract with the former Lobi Stars forward just a week after announcing his capture on a free transfer.

“I’m not a chicken that you can sign me and tell me that you will not pay my fee and salaries in the contract after cancelling it. Everyone in my country knows I have signed for Asante Kotoko and cancel it after a week”

“I came to Kotoko not for money but to play football. Several clubs in Africa were chasing me for my signature but I opted to join Asante Kotoko”

“My next line of action is to drag them to FIFA” he concluded.

Adingra joined Kotoko on a three-year deal on a free transfer but his contract was terminated for an unknown reason.