Former Asante Kotoko striker, Ben Acheampong has been sentenced to three years in prison in Egypt for failing to pay an agent over his transfer to Zamalek two years ago. 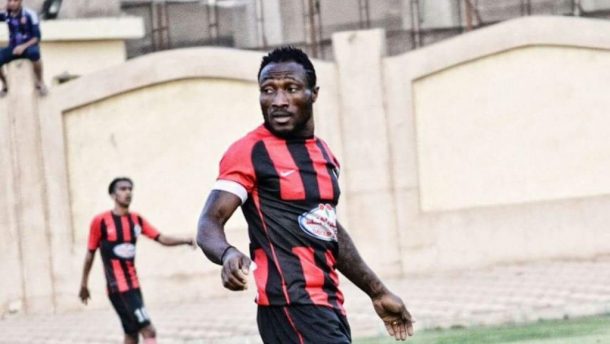 According to reports, the Ghanaian has also been ordered to pay Wael Al-Kharbtawi, the agent $23,000 in addition to serving a 3-year jail term in the North African country.

This was after the player is said to have evaded payment of the agent’s commission following his transfer to the top Egyptian side.

Per the reports, the player who joined Qatari side, Al Shamal in September 2018 has failed to appear before the Court after several summons, promoting the judge to rule in his absence.

Meanwhile, the court verdict is expected to be sent to both the Egyptian and Ghanaian Embassy in Qatar to facilitate the player’s arrest.