Gifty Gyan to forgive and REUNITE with Asamoah Gyan?

Gifty Gyan, wife of embattled Black Stars Skipper Asamoah Gyan appears to be reconsidering her decision to call it quits to their over a decade relationship if the post on her Instagram page is anything to go by. 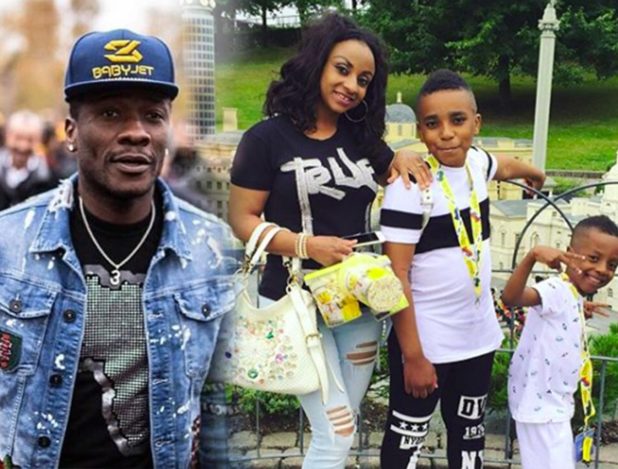 The mother of three who was vindicated by a DNA test results last month which confirms all three children were for Asamoah Gyan, appears to be nursing a forgiving heart though MyNewsGh.com cannot independently verify if it is in direct reference to her husband.
She posted on her page “Forgive others not because they deserve forgiveness but because you deserve peace #Happy New Month”
MyNewsGh.com gathered Asamoah Gyan in addition to the DNA ,was pushing for the annulment of the marriage to Gifty Gyan which was a leeway for him to escape paying huge compensation to mother of his three children on grounds the marriage technically never existed.
But the lady MyNewsGh.com understands, is pushing for a divorce insisting it was a legal marriage under the laws of the country in order for the footballer to bear the brunt of his actions after subjecting her to international disgrace which sought to suggest she was sleeping around.