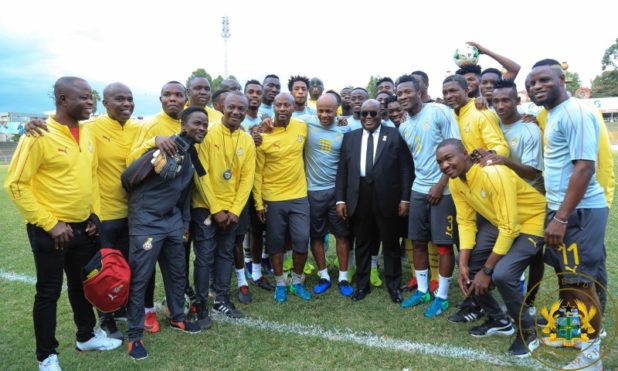 The Government of Ghana through the Ministry of Youth and Sports (MOYS), welcomed the senior national team, Black Stars back to Accra, in the early hours of Thursday following their disappointing exit from the ongoing 2019 Africa Cup of Nations in Egypt.

Professor Peter Twumasi, Director General of the National Sports Authority (NSA) led a delegation to welcome the team at the Kotoka International Airport on behalf of MOYS.

The team departed their base in Ismailia for the Cairo International Airport on Wednesday.

The travelling party was without Andy Yiadom and Caleb Ekuban who have already left for London and Milan respectively.

Ghana was booted out of the tournament on Monday after losing 5-4 on penalties to Tunisia in the Round of 16 after playing out a 1-1 draw in 120 minutes.

Having been to the semi-finals in the last six editions and in the finals on two occasions, this was the worst performance by the team in the tournament since 2006.