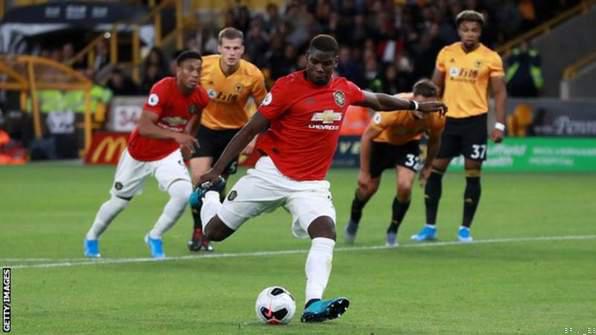 Manchester United’s Harry Maguire has called on social media companies to “stop these pathetic trolls” after his team-mate Paul Pogba was racially abused online after missing a penalty.

Pogba had a second-half penalty saved in the 1-1 draw with Wolves on Monday.

The 26-year-old is the third player in a week to be racially abused on social media following a penalty miss.

Maguire also said he was “disgusted” by the abuse aimed at Pogba and suggested that social media users should have to verify their identity before opening an account.

“Manchester United is a family. Paul Pogba is a huge part of that family. You attack him you attack us all,” England forward Rashford said on Twitter.

United said they are “working to identify” those responsible for the racist abuse directed at record-signing Pogba.

“The individuals who expressed these views do not represent the values of our great club and it is encouraging to see the vast majority of our fans condemn this on social media also,” read a United statement.