I used Juju to score Kotoko, but I didn’t sleep that night–Emmanuel Armah “Senegal” reveals 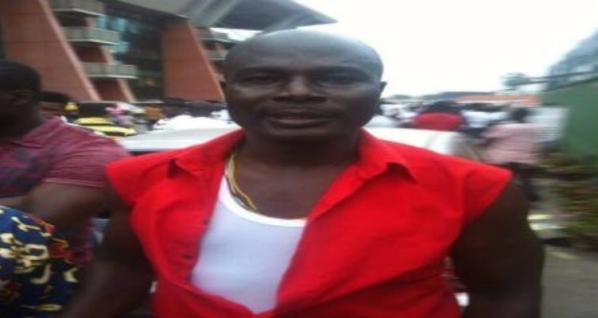 Former Black Stars defender, Emmanuel Armah, popularly known as “Armah Senegal” has revealed that he once used black magic, also known as “Juju” to score a goal against rivals Kumasi Asante Kotoko during his playing days.
Armah made his name with the Black Stars in 1992, forming a solid defensive partnership with Tony Baffoe as Ghana made it all the way to the finals before losing to Cote d’Ivoire in an epic penalty shoot-out.
Armah also played club football for Accra Hearts of Oak during two spells; 1991-1994 and 1995-1999.

Speaking on the subject of black magic in football, Armah said the phenomenon exists for those who are interested but emphasized that he was never a fun.
He however cited one incident when he used black magic during a game against Kumasi Asante Kotoko.
“In 1993, a scored a last minute winner against Kumasi Asante Kotoko. Before the game, someone gave me something to eat and he told me to shoot the ball towards goal wherever a found myself.

“During a corner kick, the ball landed in front me from a tight angle and I just shot it and it ended up at the back of the net,” he told Captain Smart of Adom FM.
Armah then revealed that he could not sleep the next day following the game.
“When I scored the goal, after the game, I suffered a lot. I didn’t sleep that night so the next day I return the remaining stuff to the person.
“From that day, I did away with that kind of stuff,” he said.
–
Mynewsgh.com/Sport/Ghana