Kotoko coach granted permission to cool off in Abidjan 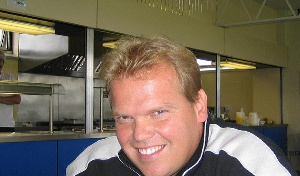 The management of Kumasi Asante Kotoko have confirmed granting their head coach, Kjetil Zachariassen, permission to remain in Cote d’Ivoire after the club were eliminated from the CAF Confederation Cup by Ivorian side San Pedro on a 2-1 aggregate last Sunday.

The coach did not travel back to Ghana with the team, prompting media reports that the Kotoko management had asked him to resign over the club’s CAF Champions League elimination and the Confederation Cup playoff fiasco.

However, the Head of Administration and Legal Affairs of Kotoko, Mr Sarfo Duku, told the Daily Graphic yesterday that the management approved of Zachariassen’s request to stay back and spend some time with his family.

“He (Zachariassen) has a family in Cote d’Ivoire and management gave him permission to join his family after the game to spend some time with them,” Mr Duku said.

Although the Kotoko official could not tell how many days the coach was expected to be away, he was confident the Norwegian, who replaced Charles Akonnor last July, would return soon.

“It is not true that he has gone AWOL, but I can confirm to you that the coach did not travel back with the team and will return after a few days,” he further stated.

Yesterday, there were media reports quoting the local manager of the coach, Mr Charles Kouadio, to have alleged that the Kotoko management called him to advise his client not to return to the country due to safety concerns.

“The management called me after the game to ask me to talk to Zachariassen that they cannot guarantee his security in Kumasi for now.

“And I agreed with them because we all saw the reactions of the fans after the game; and they are right to react that way because everyone wanted the team to qualify,” he said.

“So I told Zachariassen what Kotoko told me and he accepted. So as I speak, he is in his house in Abidjan. He has a house in Abidjan,” Kouadio told Kumasi-based Oyerepa FM.