Ten-man Black Meteors of Ghana have progressed to the final qualification round of the 2019 Africa U23 Cup of Nations following their away draw with Gabon on Tuesday afternoon. 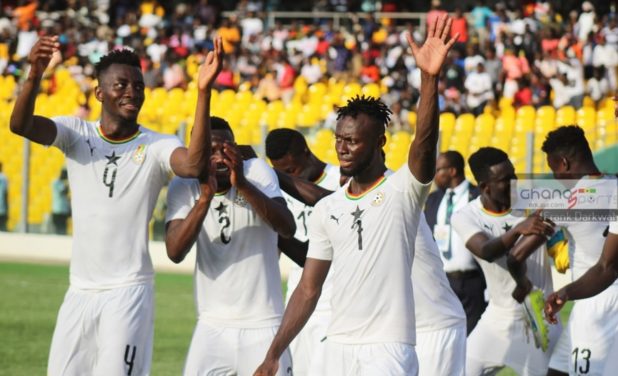 Ghana have booked themselves a ticket to the next round on a 4-0 aggregate after sharing spoils with the Gabon U23 team in Libreville, Gabon.

Coach Ibrahim Tanko and charges held the home side to a 0-0 in the second leg tie at the Stade de l’Amitié.

The Gabonese side started the match on a good note with some fearsome attacks but goalkeeper Kwame Baah rescued his side from conceding before recess.

Kwabena Owusu and Bernard Tekpetey tried their luck as most of their strikes went wide and others fisted out by Jean Noel Amonome.

The first half ended in a scoreless stalemate.

After the break, the Black Meteors dominated the match in the early minutes but failed to registered the opener.

Emmanuel Essogo nearly opened the score for the homesters but his strike was cooled by goalkeeper Kwame Baah.

On the 69th minute, Liberty Professional midfielder Simon Zibo was sent off after picking a second yellow card for a horrible tackle.

Both sides could be found guilty for squandering the numerous chances created and set-pieces awarded to them by the referee.

Ghana will face either Algeria or Equatorial Guinea in the final qualification round of the 2019 Africa U23 Cup of Nations qualifiers.

This year’s edition of the tournament will be held in Egypt between November 5-22.