The young man was arrested and detained in the UCC Police Station for invading the pitch during Ghana Blackstars’ win over South Africa last week.

After he was arrested, he said he invaded the pitch with the aim of taking a selfie with Thomas Partey, a player he idolizes.

Following his release and a hero’s welcome to his neighborhood he has finally have his dream come through.

Awal Suleman have granted the honor of meeting Thomas Partey his idol. The Atletico Madrid player meet the pitch invader last night before departing for Spain. 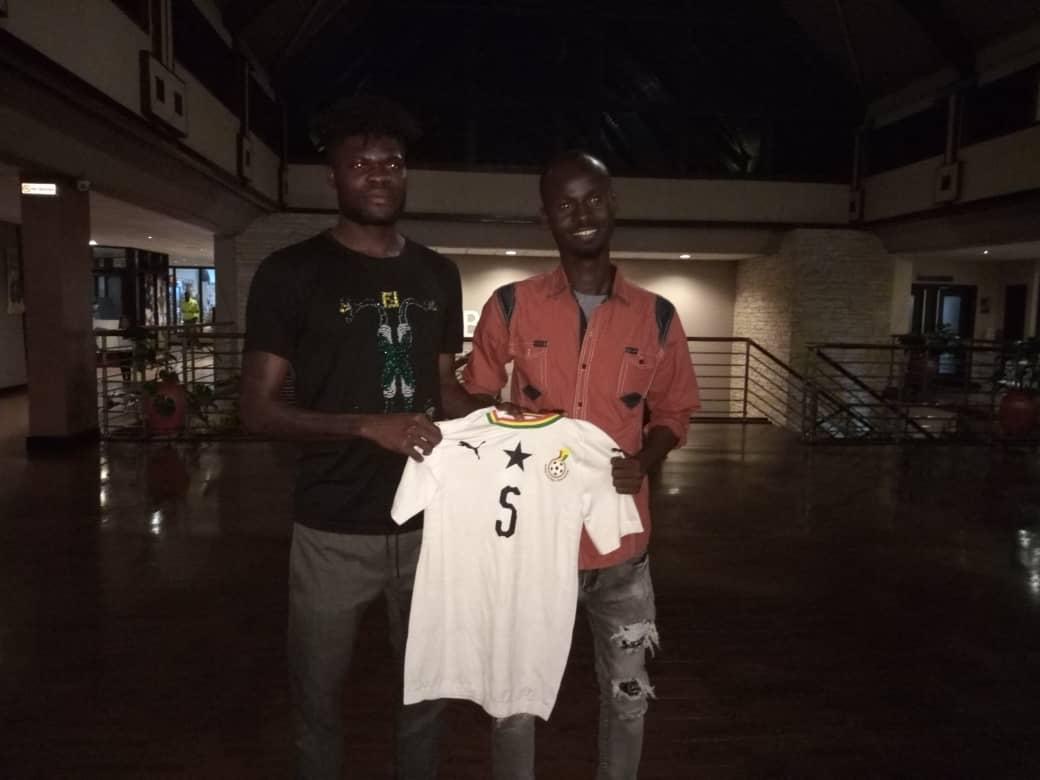 At the meeting, Thomas Partey handed over to Awal Suleman, a signed shirt of his.