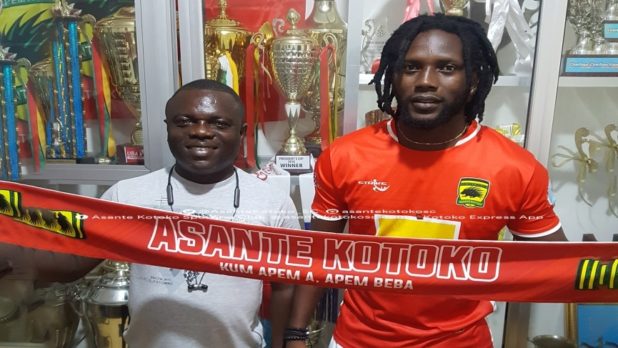 The Porcupine Warriors have shockingly abrogated the contract of the Ivorian striker after one week, Kickgh.com can exclusively report.

Earlier last week, Asante Kotoko announced the signing of the former Lobi Stars striker on a three-year deal after undergoing a medical test.

“The Cote d’Ivoire striker signed his contract papers to a three-year deal at the club’s secretariat on Saturday.”

“The signing follows the successful completion and passing of a routine medical assessment conducted by the Dr. Kwasi Twumasi Baah Junior-led medical team on Friday.”

Kickgh.com understands head coach Kjetil Zachariassen who recommended the signing of the Ivorian international has made a u-turn to declare him as a surplus to requirement.

Kotoko have already signed two other strikers namely Richard Arthur and Ugandan international George Abege who joined them from Kenyan side Kariobangi Sharks.