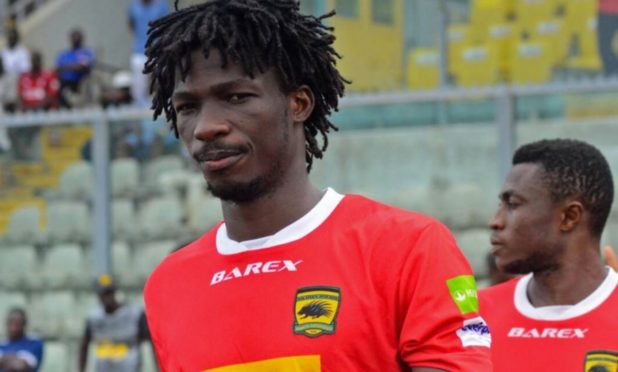 The service of the Burkina Faso striker is no more needed at the Ghana Premier League giants, according to the club’s boss.

Chief Executive Officer of Asante Kotoko, Mr. George Amoako has made a damming revelation that their talisman Songne Yacouba will not be part of their next season’s campaign.

According to Mr. Amoako, the Porcupine Warriors have planned their future for the upcoming season without the 28-year-old forward.

It is believed that Asante Kotoko are willing to transfer the former Stade Malien striker following the arrival of Ugandan international George Abege, Adingra Moussa and Richard Arthur at the Kumasi-based club

“Let’s forget about Songne Yacouba now. His services are no more needed at our club,” Mr. Amoako said.

”We are ready to sell him to any club at a good price. We now have better players to replace him for our next season’s campaign”

“We need to move forward as a club and not to depend on a single player. Some of our players will be leaving and Yacouba is part of them”

Kickgh.com understands that Yacouba is still in his native country for holidays.

by;brightwebtv/nana asare barimah Some of the “premium mannequins” at FC Seoul’s match It is …