“59,000 TEACHERS RECRUITED SINCE 2017; ALL SHS STUDENTS GIVEN ALL CORE TEXTBOOKS” – EDUCATION MINISTER 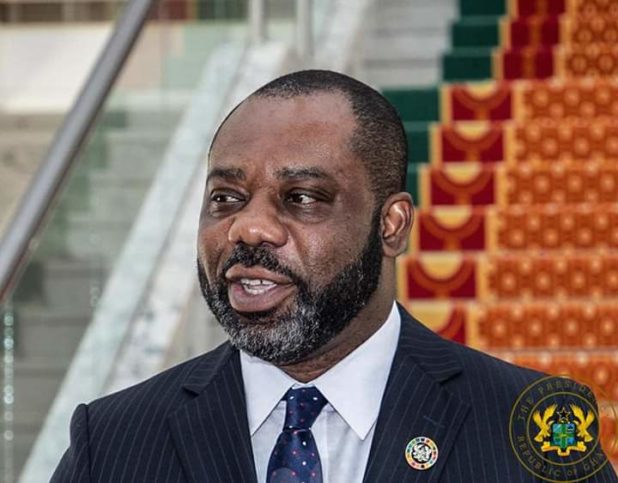 The Minister for Education, Hon. Dr. Matthew Opoku Prempeh, has described the era of the President of the Republic, Nana Addo Dankwa Akufo-Addo, as the best time to study in Ghana.

According to the Minister for Education, the introduction of the Free Senior High School policy has resulted in an increment in student enrolment by some 31%, as opposed to the spectre of 100,000 students falling out of school each year at the Junior High School level in the years before 2017.

Hon. Dr. Matthew Opoku Prempeh indicated that “for the first time in 10 years, under President Akufo-Addo, we have said this and nobody has been able to dispute it, every child in every secondary school has been supplied with all the core textbooks. It has never happened before.”

He continued, “Not only have we supplied the core textbooks, we have also supplied revision books in Maths. Not only that, we are buying questions and answers of the past WAEC exams since 1993 for the students to learn. There is no better time to study than now.”

The Minister for Education made this known on Monday, 8th July, 2019, when he joined President Akufo-Addo at a meeting with members of the Ghanaian community in Paris, as part of the latter’s official visit to that country.

Hon. Dr. Opoku Prempeh indicated that when the Northern grants were established by Ghana’s first leader, Kwame Nkrumah, there were only two schools in the whole of the 3 Northern Regions.

“It did not prevent Kwame Nkrumah from starting bursaries for the Northern schools. Not having enough classrooms will never stop us from having Free SHS. In fact, Ghanaians have voted, and enrolment increased by 31% in 2017 and 2018,” he said.

Towards addressing issues associated with the introduction of the Double Track school system, the Minister for Education indicated that 8,000 teachers were specifically employed.

“We did the timetables that we needed, and the President ordered the Finance Minister to provide financial clearance, and we did. It includes the 59,000 teachers we have employed between now and then. It is not very true what you hear when you listen to the social media always. Sometimes your judgement becomes clouded with the truth,” he added.

With the introduction of the 4-year Bachelor of Education (B.Ed) degree in 2018, in the country’s University Colleges, the Education Minister noted that “there is no teacher going to be a diploma teacher. Everyone who is coming out will get a degree.”

The conversion of Colleges of Education into University Colleges by the Akufo-Addo government, the Minister stressed, has resulted in a record number of students seeking admission.

“When they were diploma students, they spent an inordinate amount of time doing top-ups in other schools, and not concentrating in the classroom. Now, it is not a second-rate school to go to because they couldn’t get into the university. It is a choice that they have decided to make as teachers,” he said.

The Education Minister also lamented about non training of teachers in the curriculum of Junior High Schools for some forty (40) years, with the last teacher resource pack given to teachers compiled in the 1950s.

“We have done it (training of teachers in new curriculum) this year. Things will get better. Education is such that we have to put in a huge investment before you can reap the fruits. It is not like taking your child to the hospital. That is instant. It takes time and we need patience from Ghanaians. Ghana’s education has never been as best as it is now, and it will get better,” Dr. Matthew Opoku Prempeh added.