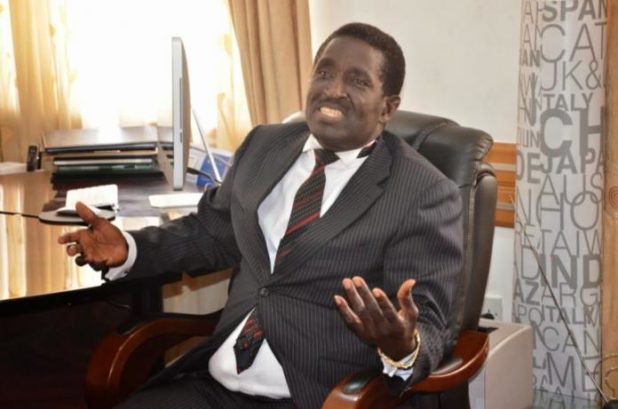 Captain (Rtd) Nkrabea Effah Dartey, a former Member of Parliament (MP) for Berekum constituency, is pleading with the Attorney General’s (AG) office to deal harshly with eight persons of the Homeland Study Group Foundation who are championing the partitioning of the Volta region for an independent state.
Captain (rtd) Effah-Dartey wants all eight persons jailed for treason.

“The AG must deal ruthlessly with these men. How can you even plan to create your own region? I call them the cabal and we won’t allow such people to cause harm to our country. I want the police to take them to court, prosecute them and jail them because they deserve that. AG must deal harshly with them,” he stated on Accra based Neat FM monitored by Adomonline.com.

The eight, including the leader, Mr Charles Kormi Kudzodzi, who is over 80, popularly known as Papa Hogbedetor, were arrested on Sunday evening while at a consultative meeting ahead of the declaration of the Western Togoland as an Independent State on Wednesday, May 8, 2019.

Police confirmed that the suspects were arrested and airlifted via a chopper to Accra where they are set to make an appearance before court.

Captain Effah-Dartey, who seemed to be very worried about the development, said their intention is just to create division in the country and therefore should not be treated with kid’s gloves.
To him, they should be investigated thoroughly since their conduct breaches the country’s security.

He called on key leaders in the Volta region as well as the clergy to come out and condemn the act.