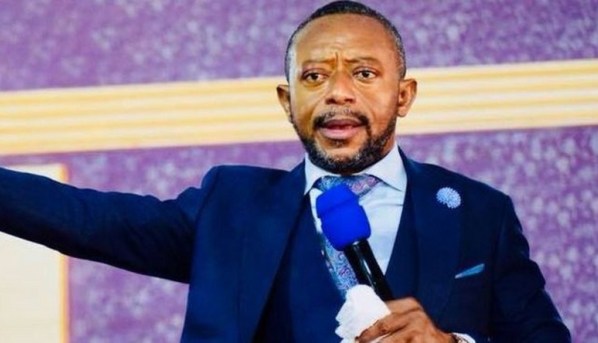 Reverend Isaac Owusu Bempah has asked the families of the three kidnapped Takoradi girls to direct their anger to the National Chairman of the National Democratic Congress (NDC), Samuel Ofosu Ampofo about their predicament.

He lambasted the families for demanding his arrest by the Ghana Police Service, following a publication attributed to him, to have said that he knows the whereabouts of the girls.

According to the founder and leader of the Glorious Word Power Ministry International, he never said he knew the whereabouts of the girls, but rather indicated in an interview that he “could pray for God to reveal the location of the girls to him and the police”.

His comments come on the back of calls by a group who demonstrated in Takoradi last week and demanded his arrest by the police to force him to reveal the whereabouts of the girls.

He said if the family has anybody to demand their arrest, they should be pushing for the arrest of the National Chairman of the NDC, Samuel Ofosu Ampofo who has been heard in a leaked tape saying he intends to kidnap people to make the country appear unsafe to live in.

The whereabouts of Priscilla Blessing Bentum, Ruth Love Quayson and 15-year-old Priscilla Koranchie, who were kidnapped several months ago, is yet to be known, as the suspect, Samuel Udotuk Wills has failed to reveal their location to the police.

“I know the whereabouts of the girls. If you dare me, just allow the President to call on me and ask me about their whereabouts and I will gladly tell him…Some things are not only papers and writing but spiritual…

“This is the time to try prophets like us but Ghanaians as usual will rain insults….People always disregard men of God and always attack us and so I only urge Ghanaians to give us the chance in cases like this. I know this issue has to do with the work of the police, but I can help too unless I’m invited by Nana Addo,” Apostle Isaac Owusu bempah was quoted to have said in May.

Speaking in an interview on Monday, the ‘man of God’ indicated he cannot be bothered by the agitations by the families of the three missing girls because he is “not the one who kidnapped them” and that, calls for his arrest are “unfathomable because I never said I knew the whereabouts of the girls”.

“I only said we could locate the girls by prayer and divine direction; why would I be sitting down if I knew their whereabouts”, he quizzed.

Meanwhile, the families of the three missing girls continue to mount pressure on the police to rescue them.

A group calling itself Western Youth for Justice in the Western Region has also given the government a 14-day ultimatum to rescue the three missing girls in Takoradi or face their wrath.