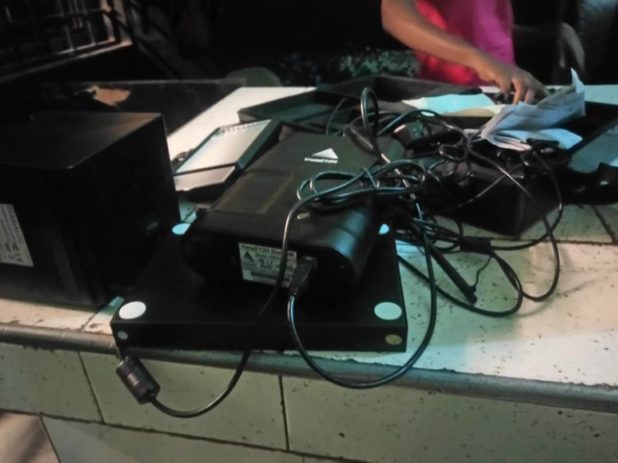 Some officers of the National Identification Authority (NIA) have been busted for allegedly registering people for the national identity card, Ghana Card at night.
They were reportedly busted at a private residence at Awudome, near the St Theresa Catholic Church in Accra on Tuesday night [May 7] at about 7:30 pm.

It was some residents of the area, who claimed that upon a tip-off, they pounced on the officers who were reportedly working outside of the approved working hours for the national exercise, which is being done in phases and started two weeks ago in Greater Accra.
The National Identification Authority (NIA) started the mass registration and Ghana Card issuance exercise in the Greater Accra Region from Monday, April 29, 2019, and expected to end on Saturday, July 6, 2019. 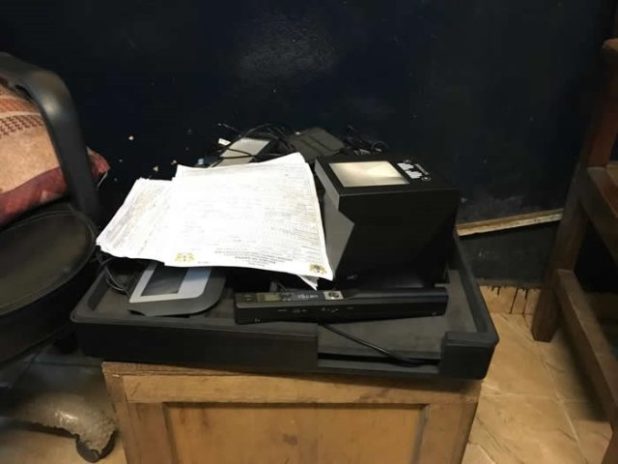 The region has been divided into two zones: Accra West and Accra East, where registration centres have been opened at specific locations.
The official working hours for the registration officers close at 5 pm.
The residents who pounced on the officers carried the registration machines to the Kaneshie Police Station to lodge a complaint.
The police together with the complainants later visited the house where the exercise was reportedly taking place as part of investigations.

When Graphic Online visited the Kaneshie Police station at 10:10 pm on Tuesday, the registration equipment including a laptop, a fingerprint machine, a camera, registration forms, some of which had been partly filled, a birth certificate, a passport, ID card (national health insurance card), a printer and other accessories were at the police station as exhibits.
The investigator handling the case was seen taking statements from some of the complainants.

Graphic Online observed that the laptop had been turned on and the software for registering, labeled on a page as “Identity Management System” had been launched and the page for capturing demographic data had been opened.
There were, however, no suspects in custody, according to the police.
The private residence from where the items were reportedly seized is near the St Theresa Catholic Church at Awudome where the NIA has set up an official registration centre, according to the complainants.

According to the complainants, they received information that, since the exercise started, the registration officers have been registering people at night.
So on Tuesday, three of them decided to “lay ambush” and spring a surprise on them and when they stormed the house where the exercise was taking place between 7 pm and 7:30 pm, they alleged they saw about 30 people waiting in a queue to be registered.
They subsequently disrupted the exercise, seized the registration equipment and reported the case at the Kaneshie Police station.
Police officers later accompanied them to the house to interview some of the people in the house, they alleged.
When Graphic Online visited the Kaneshie Police station, the complainants and other eyewitnesses numbering more than 20 were still at the police station at about 10:10 pm on Tuesday.
The investigator handling the case declined to comment and explained his senior officers were the ones to speak on the matter and that can only be done on Wednesday morning.
Efforts to immediately get a comment from the NIA was also not successful.

Previous Nurses are the most WICKED professionals in Ghana – Wiamoasehene
Next Anhwiankwanta: Tears as machine grinds labourer to death; Chinese employer bolts