Over 400 houses in Kumasi built on waterways; Chiefs back KMA to take action

22 January
The Kumasi Metropolitan Assembly (KMA) has identified over 400 houses built on waterways by developers despite persistent warnings by city engineers against the practice, MyNewsGh.com can confirm. 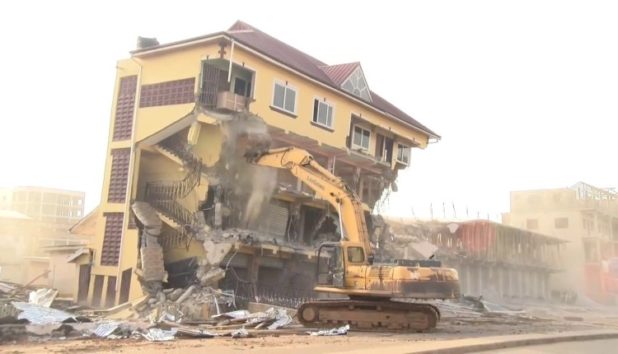 According to city authorities, the structures will soon be pulled down to avert a recurrence of last year’s disastrous floods in which more than seven died at different occasions and hundreds of residents rendered homeless.

Mr. Osei Assibey Antwi, Metropolitan Chief Executive (MCE) who has bemoaned the situation indicates that chiefs in the area are not responsible for the erection of structures in buffer zones but some unscrupulous persons who have been cashing on the situation in previous years promising to deal with the situation head on.

“There are many houses in Kumasi on waterways which are supposed to be pulled down. The first phase of the exercise will see the demolishing of a number of them but in general, it is over 400”. He revealed.

The houses according to the Mr. Assibey, are scatted throughout the city and not located at a particular area.

The Mayor also noted that though the amount involved is huge, the assembly would be able to fund it.

According to the Assembly, the step is to curb the recurrent situation of indiscriminate locating of houses most especially on waterways.

Last year, the garden city witnessed a number of flooding situations partly because of structures build on waterways triggering the latest decision by the management of the city.

Anloga, Kwadaso, Tafo, Sepe, Buokrom among others were flooded in the wake of the disaster which also destroyed properties worth more thousands of Ghana Cedis

By:brightwebtv.com/nana asare barimah     Coronavirus has killed thousands in China and around the world …