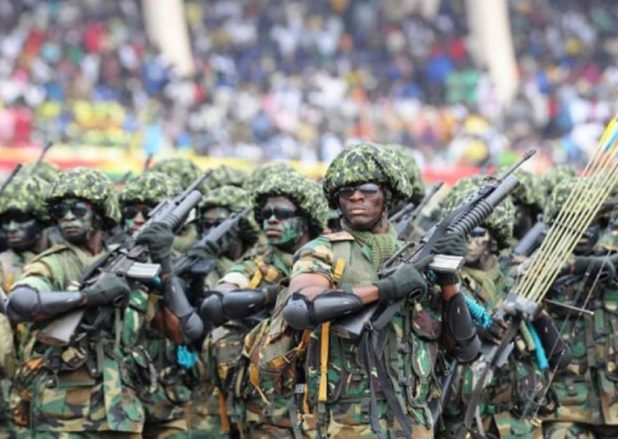 The Ghana Armed Forces has reiterated that it will not hesitate to arrest and bring to book any person who violates orders to desist from wearing military uniforms in whichever capacity.

A statement dated 14th June and signed by one Commander A La-Anyane for the Director of Public Relations, noted the disregard of previous warnings and notices from GAF to the public on that front.

“The Ghana Armed Forces has observed that despite the numerous public education and warnings issued to the general public to desist from the wearing of military uniforms, especially by religious leaders and artists, the trend appears to be on the increase”.

They indicated that the practice which is an outright violation of the National Liberation Council Decree 177 of 1967 which is still in force will no longer be condoned.

“Besides the illegality of the use of military uniforms, accoutrement and equipment by unauthorized persons or group of persons, the tendency of unauthorized persons with criminal motives to use these items to impersonate, outwit and outsmart unsuspecting public and the security apparatus to perpetuate crime cannot be underestimated”, sections of the release read.

The statement further warned that persons found guilty of abusing this order will duly be arrested and taken through due process of the law.

Read the full statement below