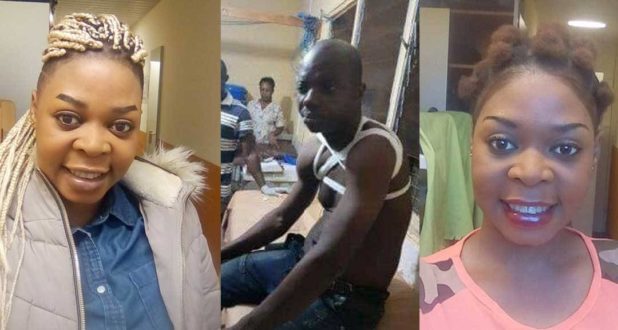 The former AIDS ambassador has threatened to beat Abronye DC if he continues to joke with her. 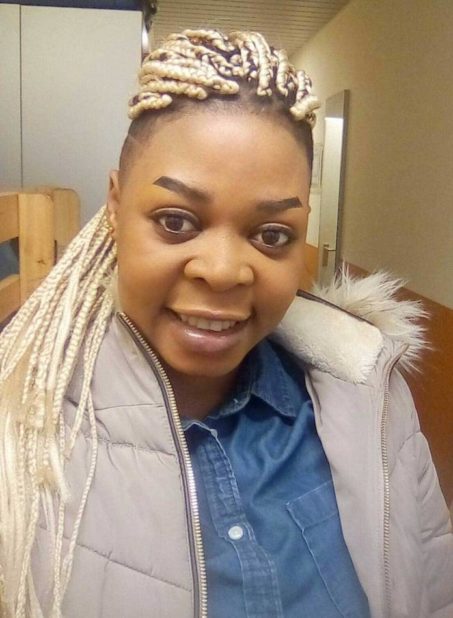 Joyce Dzidzor in a series of Facebook posts threatened the controversial Politician not to mess with her else he will regret it.

The controversial former AIDS ambassador in one of her posts shared a photo of Abronye DC when he was assaulted by some ‘macho men’ of the Brong Ahafo Regional Minister.

“Someone should tell him to stay off my matter or enjoy more beatings from me. I will beat the hell out of him. Am sure no one has seen me fight before. He should be warned cos I can really fight” she wrote on her Facebook page.

Recall that, Abronye released a letter he has written to the CID to arrest Joyce Dzidzor Mensah for fraud.

According to Abronye DC, Joyce Dzidzor enjoyed the benefits accompanied with the ambassadorial position although she was HIV/AIDS negative.

Abronye DC claims even after Joyce Dzidzor left AIDS Commission, she was still staying at the Commission’s bungalow and was also receiving allowances which are illegal so the CID should arrest her.
His comments come at the back of Joyce Dzidzor Mensah’s viral video where she was seen begging in a train in Germany to help build Ghana’s National Cathedral.
However, NPP supporters are of the assertion that she did that to mock the President of Ghana. 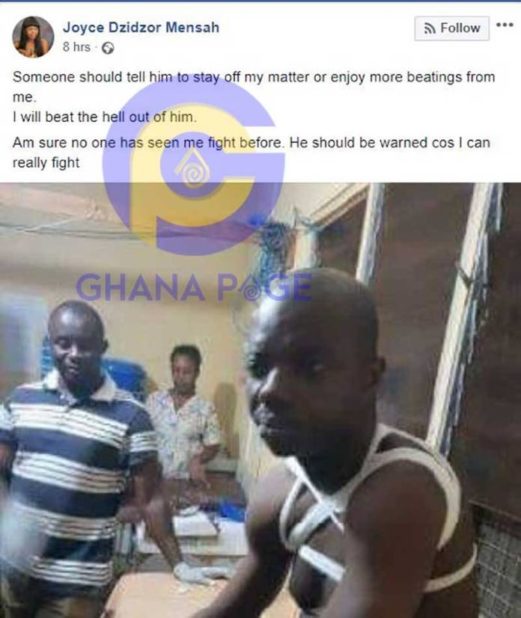