Breaking News
Home / SHOWBIZ / Queen Peezy breaks up with Patapaa, changes her Instagram name and deletes photos of him (Screenshot)

Queen Peezy breaks up with Patapaa, changes her Instagram name and deletes photos of him (Screenshot) 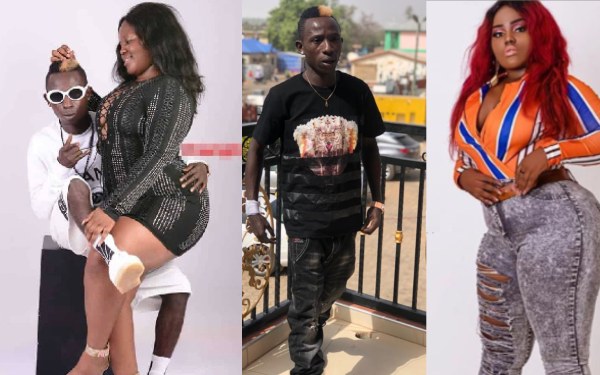 Swedru-based artist Justice Amoah popularly known as Patapaa after denying his love affair with Gabriella Kotey popularly known as Queen Peezy in showbiz circles has ended their relationship abruptly.
On Friday, March 5, 2019, Patapaa, following his return from his Europe tour, set the records straight with respect to his romantic relationship with Queen Pezeey.

Patapaa in a clarification interview with Zionfelix on the ‘Uncut’ show stated categorically that Queen Peezy isn’t his girlfriend and that all the photos we saw on the internet were a publicity stunt.

According to Patapaa, he has never been romantically involved with Gabriella.
Gabriella Kotey who shot to fame after romantic photos of her Patapaa with got into the media space and claimed the @queenpeezy name as her Instagram name has changed her name on the popular photo-sharing app and deleted all photos of Patapaa from her page.

Gabriella whose Instagram name was @queen_peezy_official has now changed her name to @queen_gabby_official to reflect her own name.

Previous Son joins gang in a robbery attempt against father
Next NAM 1 wins case in Dubai; company ordered to pay him

Coronavirus: R. Kelly’s bid for release due to pandemic denied