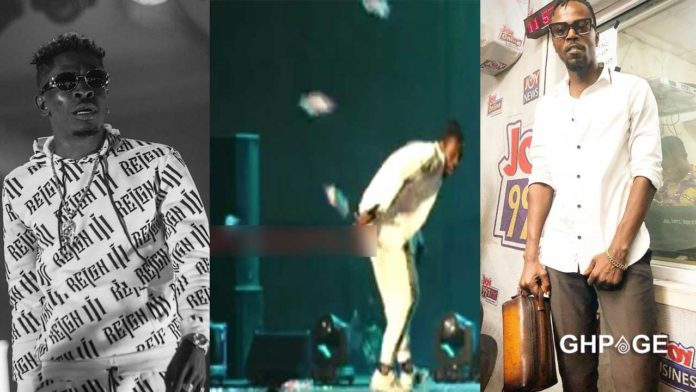 According to Kwaw Kese, he was expecting Shatta Wale or his management team to condemn the attack on him at the Reign Concert.

Kwaw Kese explained that the least thing Shatta Wale and his management team should have done was just to condemn the act by his fans.

The hiplife artiste further stated that the silence from Shatta Wale’s camp means that they saw nothing wrong with what happened to him at the concert.

“I’m not disappointed in the people who threw the things but the management because they should have come out by now, to offer an apology”, Kwaw Kese indicated.

The “Katiboom” crooner also stated that he would have still performed even if Shatta Wale’s fans had fired gunshots at him.

According to Kwaw Kese, he is a performer and will never allow anything to obstruct his performance on stage.

This comes after fans of Shatta Wale threw bottles at him on stage while he was performing at Shatta’s Reign Concert.

In reacting to this unfortunate incident, Kwaw Kese revealed that his next single will be titled ‘Bottles’.

Previous Man Who Assaulted Bobrisky Needs ₦1M To Fix His Car And Phone
Next GFA Debate: I was nervous – Amanda Clinton