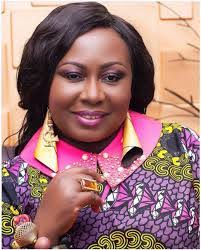 As the world changes, many new sayings come up to reflect these times and one of them I’ve heard around a few times is that ‘one man’s wife is just another man’s sidechick’.
And not to disappoint, Ghanaian men are working as hard as they can to ensure this saying remains true.

Despite being happily married and nursing a new child, some men are still chasing after Gifty Anti in hopes of chopping her down.

The veteran tv show host revealed in a chat on Joy Prime that even though men know she’s married some still message her that they want to bed her down.
Gifty said a man once sent her a DM asking for them to hook up, but she replied the man that she would inform her husband about his inappropriate proposition.

She went ahead to advice other ladies about life and relationships and said mistakes are normal but what’s important is learning from them to move forward.

@oheneyere_gifty_anti talks about how men still propose to her even after marriage.