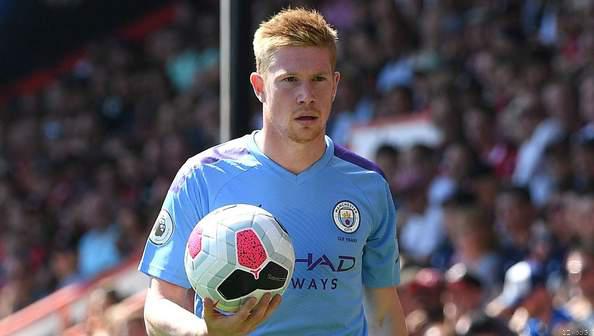 Manchester City star Kevin De Bruyne has set a new best in the Premier League after helping his side take the lead against Bournemouth on Sunday.

De Bruyne was awarded the assist for Sergio Aguero’s opener 15 minutes into proceedings at the Vitality Stadium, as City looked to bounce back with a win after dropping points in thrilling circumstances last week at home to Tottenham.

In truth, the Belgian was rather fortunate in seeing an attempted volley fall kindly into the path of the Argentine, who made no mistake in firing past Aaron Ramsdale and breaking the deadlock.

But it was an assist nevertheless, and one that will have particular significance for City’s star.

De Bruyne has now been credited with 50 assists in England’s top flight, four of which have come inside the first three matches of the 2019-20 season.

It took him just 123 games for Manchester City and Chelsea to reach that mark, a new record in the Premier League.