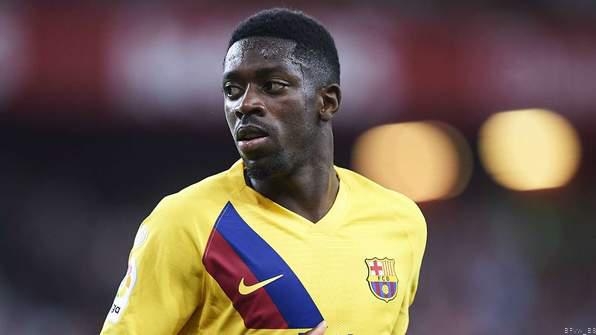 Ousmane Dembele is set to miss “approximately five weeks” with a hamstring strain, Barcelona have confirmed.

The winger went 90 minutes in Barcelona’s La Liga opener against Athletic Club, which saw the reigning champions downed on a late goal from Aritz Aduriz.

However, the club confirmed Monday that Dembele has picked up a strain in his left hamstring, and will be out for around five weeks.

His injury comes at a difficult time for Barca, as their front line has been limited by fitness issues to start the season.

Lionel Messi was not risked in the Liga opener against Athletic as he recovers from a calf injury sustained during a shortened pre-season after his Copa America exertions with Argentina.

Luis Suarez went down with injury during the loss to Athletic, coming off in the first half with a calf problem of his own.

Previous Klopp Hints that Liverpool Wanted Coutinho Back
Next Murder of Otumfuo’s relative: Farmer, Preacher give ‘key evidence’ to police