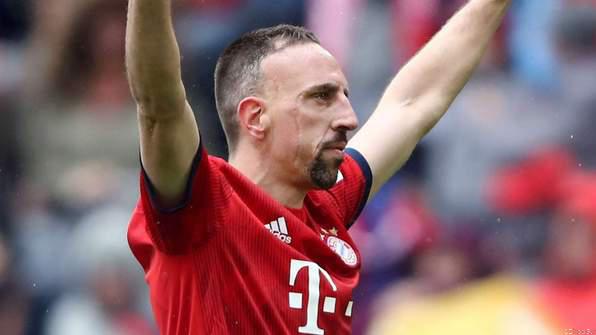 Bayern Munich legend Franck Ribery has signed for Fiorentina, the Serie A club announced on Wednesday.

The 36-year-old, who won a record nine Bundesliga titles during his stay in Germany, has penned a two-year deal with the Florence-based side to take him through until 2021.

The former France international brought the curtain down on a 12-year stay with the Bavarian giants last season after helping them to another domestic triumph.

Having started his career with his hometown club Boulogne in 2000, he spent spells with Ales, Brest, Metz and Galatasaray before moving to Marseille in 2005, where he made his name, helping the club to back-to-back Coupe de France finals.

He subsequently moved to Bayern two seasons later, in 2007, for a then club-record fee of €25 million (£22.9m/$27.7m), where he helped the club dominate German football for the subsequent decade, winning his first title in his maiden season.